Thank you for reading!

Subscribe Online Today and gain full access to all the news in Upson County! Already a subscriber of our weekly print publications? Current print subscribers get full online access for FREE!

Starting at
$2.99 for 1 day
Get Started
View all rates
You are the owner of this article.
Edit Article Add New Article
You have permission to edit this article.
Edit
Home
News
Funeral Notices
Government
Lifestyle
Sports
Opinion
School
Classifieds
Business & Services
Meetings & Events
Share This
1 of 2 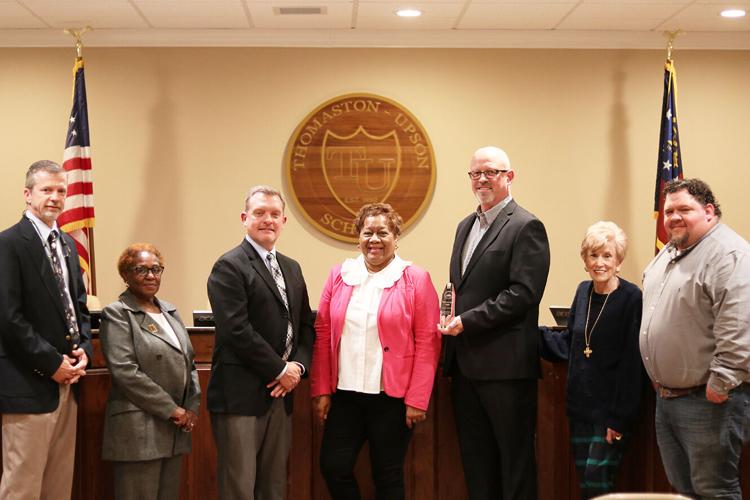 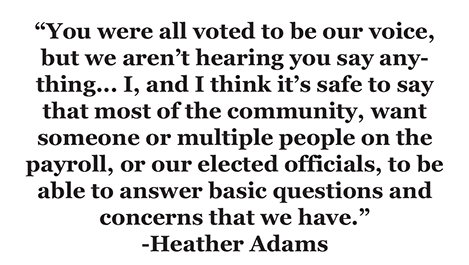 Dozens of concerned citizens attended as 13 addressed the Thomaston-Upson Board of Education throughout two public hearings Monday for the 2022 millage rate.

Keith Rohling was the lone participant to address the board in support of the decisions being made, while those in opposition voiced concerns regarding the state of the economy, the public being misinformed, and the board being in violation of Georgia Sunshine Law Open Meetings Act.

During the 7:30 a.m. public hearing, Ken Morgan, Sherry King, Sabrina Lancaster, Kay Edmondon, and Upson Beacon Publisher Debbie McClain addressed the board, all expressing concern regarding a millage rate increase, sharing similar issues including overspending, the state of the current economy, and struggles that the community is facing.

“After the last meeting, I told someone that my participation in the board meeting was not personal, but I did have some questions that I wanted answered,” Edmondon began. “I was told that it felt personal to them. I left with that statement on my mind… And you know, they were right… It is personal to me.

“You have a hand in forming the next generation. The policies and decisions that you make have an effect on students’ lives… the employees of this system… This community has always supported the school system by passing every educational SPLOST presented. Now the community is asking for you to help us. Do not raise our taxes.”

Edmondon also stated that board members have used their position to benefit themselves or their family members, using “intimidation or bullying on other board members to persuade a vote,” and have been in violation of the Open Meetings Act. She concluded her prepared statement with, “This is not the way a school system should be run.”

McClain began her comments by sharing her support for the community and the school system, but added that she has several problems with the board directly violating “every Georgia Sunshine Law Open Meetings Act that there is.”

“I’ve turned it over to the attorney general’s office and I want to let you know that any resolution, rule, regulation, ordinance, or other official action of an agenda adopted, taken, or made at a meeting which is not open to the public as required by this chapter will not be binding, which means you have to go back to the drawing board.”

McClain presented an open records request to each member for the signed affidavits from each meeting, which states that only permitted topics were discussed in executive session.

“You had dinners [in executive session] where people waited for you to come out. My staff waited for you to come out. After an hour, they left, because their time is equally as valuable… Allowing anyone else other than the board into the meeting is also unlawful… We’ve been down this road before… You cannot talk about the budget in a closed meeting… I’m here to ask you to follow the law. Your constituents deserve it. You report to [the public]; Larry reports to you.”

McClain readdressed the board as a taxpayer, stating that school boards all over the country are taking advantage of taxpayers.

“Not addressing or answering your constituents in a public meeting is simply passing the buck. The mentality is wrong on every level… It would be much easier and a lot more respectful if you just answer our questions, because we all have a lot [of questions].

Regarding the FAQ sheet that the board recently released, McClain stated, “After consulting with Upson County Tax Commissioner Andy Chastain, he pointed out that the amounts you are advertising in your facts sheet do not take into account the valuation increases in homes from 2021 to 2022, which on average, were around 15 percent increases… What you are actually going to take from the property owners is much higher than what you’re advertising.

“Tell the people the truth instead of misleading them,” she said. “We pay the bill; we want to know exactly what we are going to have to pay.”

“This is all on you… not your staff,” she said.

Rohling cited examples of how equalization money and COVID-19 relief funds were used for “vital supplies.”

Several speakers, including Heather Adams, stated opposition to the tax increase and pointed out the struggles of many in the community, including the elderly population. She also stated that the format of public participation creates “intimidation” and makes the public “defensive,” asking for a town hall type meeting, where an open discussion can take place between the board and public.

“You were all voted to be our voice, but we aren’t hearing you say anything,” Adams commented. “I, and I think it’s safe to say that most of the community, want someone or multiple people on the payroll, or our elected officials, to be able to answer basic questions and concerns that we have.”

Hunter stated that he has been conducting research on the budget and said the fund reserve balance, currently at $13.5 million, of the school system should not exceed 15 percent of the year’s total budget, according to Georgia Code 20-2-167. The $13.5 million accounts for 34.6 percent of the proposed budget. “That’s twice the amount that the state law allows in your equity fund,” he told board members.

Following comments from four public participants, the Thomaston-Upson Board of Education approved tentative adoption of the Fiscal Year 2023 b…