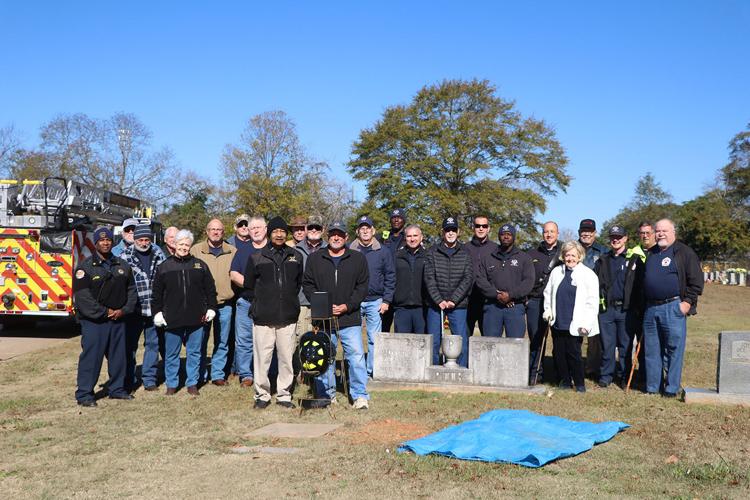 Members of the Old Legends of Spalding County Fire and Griffin Fire rescue, along with members of the two fire departments, at the funeral of Barbara Ann Pitts. 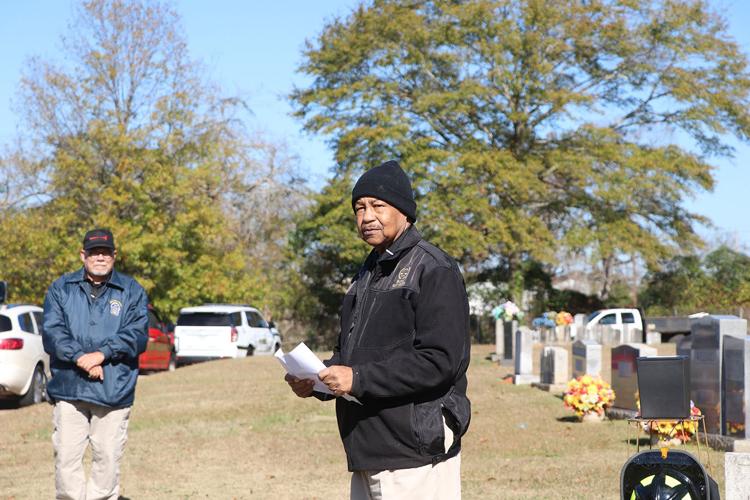 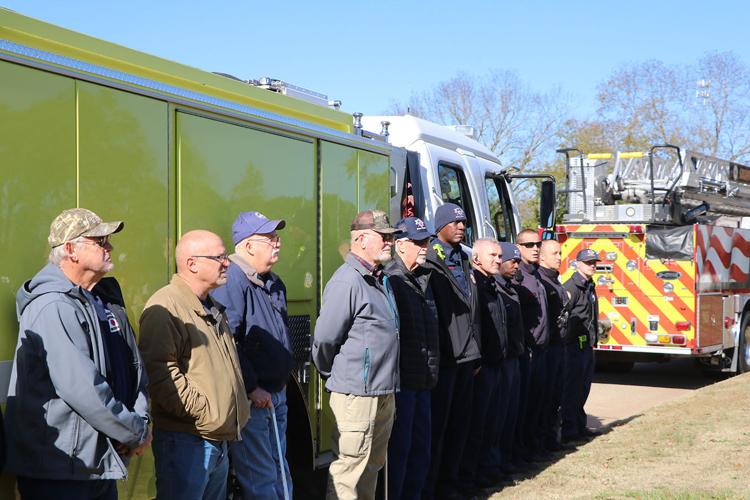 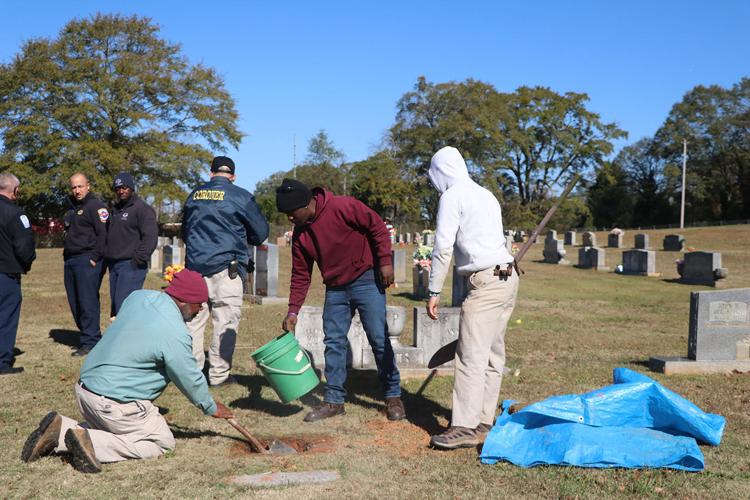 Members of the Old Legends of Spalding County Fire and Griffin Fire rescue, along with members of the two fire departments, at the funeral of Barbara Ann Pitts.

Nearly four years after the death of Barbara Ann Pitts, wife of the late Griffin Fire Chief Leonard Pitts, her cremains were laid to rest beside her husband during a funeral ceremony at Oak Hill Cemetery in Griffin on Nov. 17, organized by the Old Legends of Spalding County Fire and Griffin Fire rescue, along with members of the two fire departments.

When Pitts died in 2018, she was a resident of Harborview Nursing Home, and staff members were unable to locate a next-of-kin. One staff member ran into retired Griffin Battalion Chief Rick Rickerson at a local store, as he had made friends with Pitts when his father was at the nursing home, and informed Rickerson that they still were searching for someone to claim her cremains. Rickerson said he knew just the group to take on the mission and contacted his fellow Old Legends members.

“Though many of us didn’t know her, we knew Chief Pitts, and this was his wife. Rickerson knew it was our job to see that she was buried honorably with her husband,” commented Old Legends member and Upson resident Jeff Sanders. “Rickerson contacted the leader of the Old Legends group and explained the situation. They both agreed it was the duty of the brotherhood to take care of the issue. A member of the Old Legends is an associate of Fletcher Day Funeral Home in Thomaston and knew the hoops they would have to jump through, so they got the ball rolling by contacting Michael Pryor, Spalding County coroner.

“We located the grave of Chief Pitts and his first wife in Oak Hill Cemetery in Griffin. Then the bombshell hit - It was going to cost us $650 for the permit, fees, and opening/closing, which the city refused to waiver or even help us with. Our point to the city was this was an unusual situation, and we were desperately trying to do what was right with Mrs. Pitts’ cremains. She didn’t deserve to remain in a storage room in the nursing home.

“Thankfully, with the help of Spalding County Manager Steve Bennett and a few others, the funds were provided by the county.”

Pryor commented at the beginning of the funeral, “It’s the right thing to do. It’s the only thing to do.”

Following a eulogy by retired Spaulding County Fire Chief Willie Joe Henley, Pitts cremains were buried next to the grave of her husband and his first wife.

Almost four years after the death of Barbara Ann Pitts, wife of the late Griffin Fire Chief Leonard Pitts, her cremains were found in a storag…